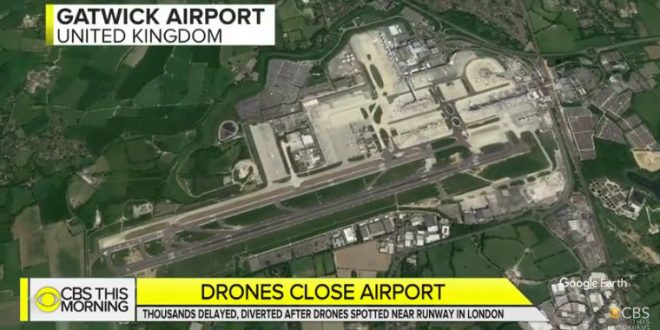 A drone attack at one of the UK’s busiest airports has left tens of thousands of passengers facing major disruption. Gatwick’s runway has been shut since Wednesday night, when two devices were seen flying over the perimeter fence.

The airport said a drone had been spotted “in the last hour” and the runway would not open “until it was safe to do so.” About 110,000 passengers on 760 flights were due to fly on Thursday.

Reports of two objects above the airfield prompted authorities to halt flights late Wednesday, with more than 50 incoming planes diverted to other hubs across Britain and some in mainland Europe. The airport reopened after six hours, only to shut again 45 minutes later amid further sightings.