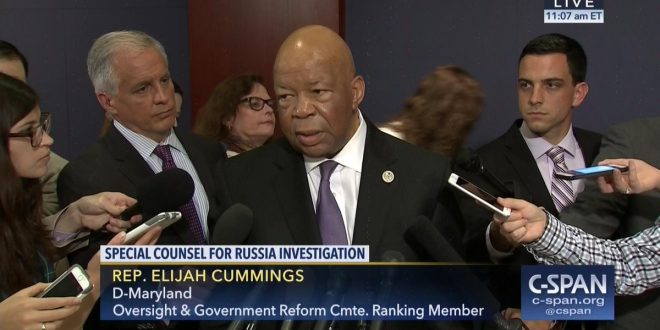 Rep. Elijah E. Cummings (D-Md.), the incoming chairman of the House Oversight Committee, fired off more than 50 letters Wednesday seeking documents on a wide array of issues, including Ivanka Trump’s email practices, the Trump administration’s policy of family separations at the border, and its handling of Hurricane Maria in Puerto Rico.

The move underscored plans for a vigorous oversight of the Republican administration once Democrats take control of the House next month and provided a list of some early targets.

Cummings said that none of the requests are altogether new. They previously were made with the support of lawmakers from both parties, but the Trump administration refused to fully comply — an option that will become more difficult once House Democrats are armed with subpoena power.

Previous DC Sues Facebook Over Cambridge Analytica
Next Coulter: If Trump Doesn’t Build The Wall, He Will Have Just Been A Joke President Who Scammed America