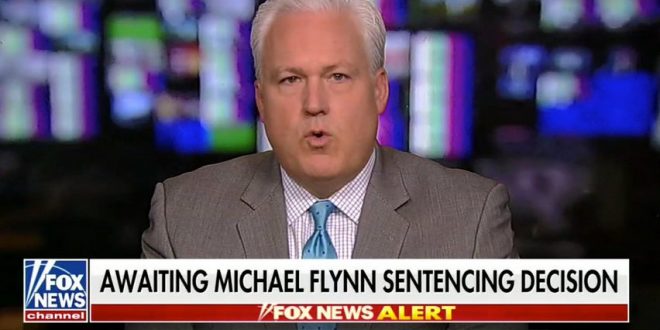 “What you have are these infractions: Pulling off mattress tags, jaywalking, parking tickets. They’re finding anything they can — anything they can — to delve into these people’s careers, to kind of legally blackmail them into agreeing to some minimal crimes. None of the crimes with all the people we’ve talked about over the course of the last year and a half have anything to do with the fundamental charge that somehow Donald Trump or his team committed treason by putting the interests of Vladimir Putin above Americans. This has to end. There is nothing here. And I hope Mike Flynn receives true justice today.” – CPAC director Matt Schlapp, speaking on Fox shortly before Flynn’s sentencing was delayed. Schlapp’s wife, Mercedes Schlapp, works in the White House.