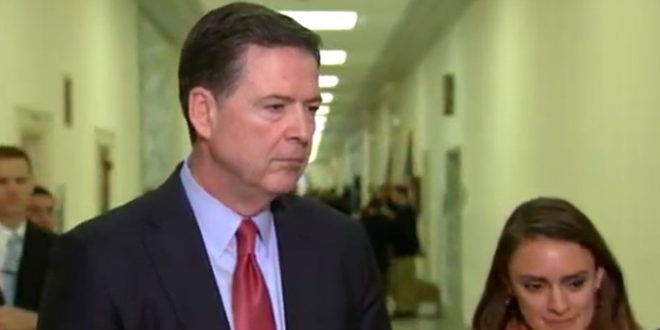 Comey Rages Against GOP After House Hearing: Why Don’t They Care About Trump Lies And Attacks On FBI?

In a Capitol Hill interview Monday, former FBI director James Comey slammed the GOP for trading their commitment to the rule of law for Donald Trump.

Comey noted that he was once again interviewed by the outgoing Republican majority in the House of Representatives about Hillary Clinton and Christopher Steele’s damning dossier on Trump “while the president of the United States is lying about the FBI, attacking the FBI and attacking the rule of law of this country.”