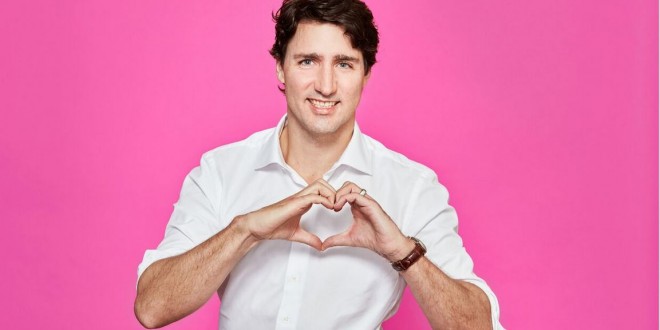 The Royal Canadian Mint is releasing a new $1 coin design next year, commemorating the 50th anniversary of the decriminalization of homosexuality in Canada.

Same-sex sexual activity between consenting adults was decriminalized in 1969, two years after then-justice minister Pierre Trudeau introduced amendments to the Criminal Code, famously declaring “there’s no place for the state in the bedrooms of the nation.”

The new coin design was approved by the government of his son, Prime Minister Justin Trudeau, on Dec. 14.

The haters are already screaming:

“This is state-operated propaganda, pure and simple, using our money system,” Jack Fonseca of Campaign Life Coalition told The Daily Caller on Saturday. “It’s Orwellian. Something you’d expect from a dictatorship like Communist China, the former Soviet Union, or the almighty German state in the 1930’s and 1940’s who used the apparatus of government to ensure that no citizen escapes indoctrination with the State’s ideology.”

Fonseca said the idea of using Canadian money to socialize Canadians towards an acceptance of the LGBT lifestyle is “insulting to the millions of Canadians who are bible-believing Christians, Jews, Muslims, Sikhs and of other faiths whose scriptures and traditions view homosexual behavior as a violation of God’s plan for human sexuality.”

Canada’s mint has declined to release an image of the coin or the name of its designer in order to “maximize the impact” of the formal launch.