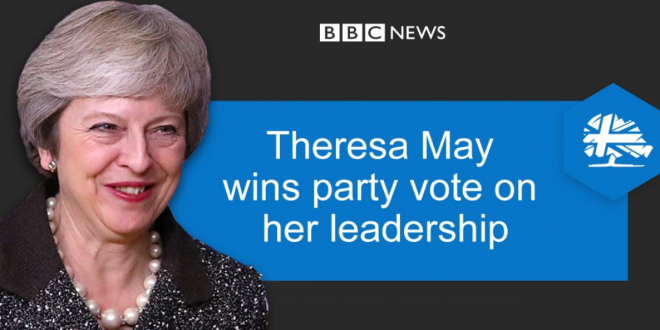 However, the result only came after the prime minister assured MPs on Wednesday evening that she would stand down before the next general election. “In my heart I would like to lead the party into the next election but I accept that won’t happen,” May told Conservative MPs.

BREAKING: Theresa May has survived the vote of no confidence https://t.co/0S9liMTYT0 pic.twitter.com/p2dEkicE45

UK PM Theresa May wins confidence vote with 200 out of 317 Tory MPs supporting her to stay on as leaderhttps://t.co/9Vw2gOQoDc pic.twitter.com/bafuUsZoKa

.@theresa_may wins 200 to 117. This is not a great result for the prime minister