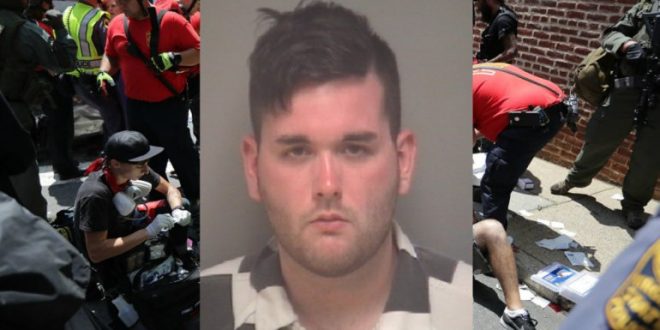 An avowed supporter of neo-Nazi beliefs who took part in the violent and chaotic white supremacist “Unite the Right” rally in this city last year was found guilty Friday of first-degree murder for killing a woman by ramming his car through a crowd of counterprotesters.

A jury of seven women and five men began deliberating Friday morning and took just over seven hours to reach its decision that James Alex Fields Jr., 21, of Maumee, Ohio, acted with premeditation when he backed up his 2010 Dodge Challenger and then roared it down a narrow downtown street crowded with counter protesters, slamming into them and another car. Heather D. Heyer, 32, was killed and 35 others injured, many grievously.

As the sounds and images of brutal beatings, bloodied faces and hate-filled chants spread across the country and around the world, this city quickly became identified with the emergence of a new order of white supremacy that no longer felt compelled to hide in the shadows or the safety of online anonymity.

BREAKING: James Alex Fields Jr. has been found guilty of all counts, including first-degree murder in the Aug. 12, 2017 car attack.https://t.co/SPTOUL1MYW