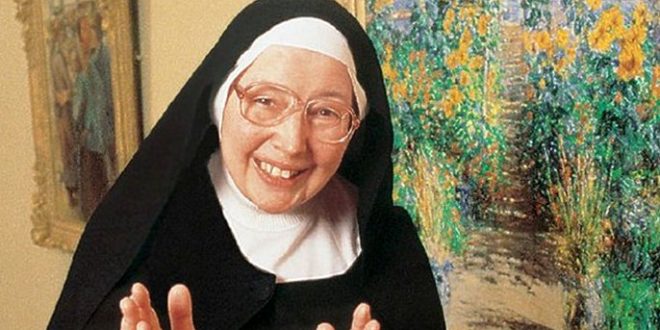 TV art historian and nun Sister Wendy Beckett has died at the age of 88, it has been announced. In the 1990s she became one of the most unlikely television stars.

Emerging from her hermit-like existence in a caravan at a Carmelite convent in Norfolk, she hosted unscripted BBC shows from galleries across the world.

Born in South Africa, Sister Wendy moved as a child to Edinburgh, where her father studied medicine, joining a convent when she was 16.

Sister Wendy was small and stooped, with a plain face, buck teeth and a slight speech impediment that rendered R’s as W’s. But her insightful, unscripted commentaries — a blend of history, criticism and observations on Leonardo da Vinci, van Gogh, Botticelli, Rembrandt, Monet and other Western masters — connected emotionally with millions in Britain and America.

By 1997, as she marked 50 years as a nun, the Oxford-educated Sister Wendy had made three television series, the most successful BBC arts programs since “Civilisation,” the art historian Kenneth Clark’s landmark 1969 documentaries. She had also written 15 books on art and religion, and was a celebrity on both sides of the Atlantic, featured in articles and mobbed by fans.