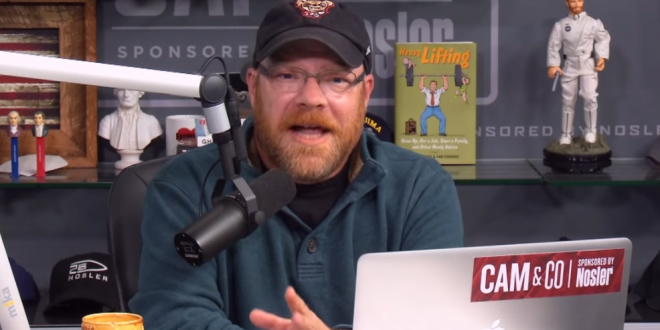 A veteran producer for the National Rifle Association’s media operation, Cameron Gray, announced today that he and several of his colleagues had been laid off from NRATV. The layoffs follow reporting on the NRA’s most recent tax filings, which show a $55 million drop in revenue between 2016 and 2017.

The launch of NRATV in 2016 presaged a sharp change in tone for the NRA’s media operation. Going beyond misinformation about the debate over gun laws, new programming on the network struck such a hateful, bigoted, and conspiratorial tone that Media Matters termed the operation a “hybrid of Breitbart and Infowars.”

Some personal news: Just shy of my 10-year anniversary, me and several colleagues had their positions terminated this morning

So, if you have or know of any jobs available in the DC-area, or any that can be done remotely, please let me know

Previous Trump Abruptly Cancels G20 Meeting With Putin
Next Giuliani: Cohen Is Proven Liar Trying To Save His Neck