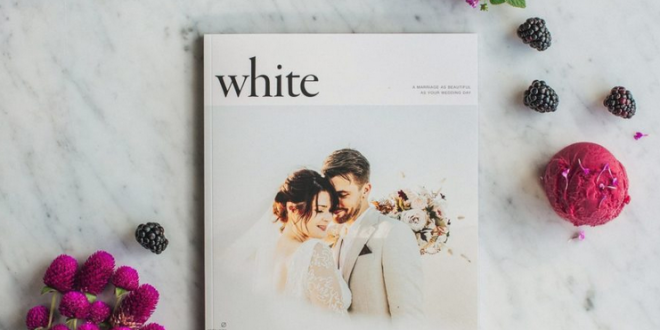 One of Australia’s leading wedding magazines is shutting down after it refused to feature same-sex couples. Luke and Carla Burrell, founders of White Magazine, said advertisers had abandoned them in droves. The Christian couple said they made the choice because they had “no desire to create a social, political or legal war.” Australia legalised gay marriage in December last year after the country overwhelmingly voted in favour of it.

Recently we’ve experienced a flood of judgement. We know much of that comes hand-in-hand with running a public magazine. But we are also just two humans fumbling our way through these big questions and like anyone else, and we don’t have all the answers. Instead of allowing us the space to work through our thoughts and feelings, or being willing to engage in brave conversations to really hear each other’s stories, some have just blindly demanded that we pick a side.

We’re not about sides, we’re about love, patience and kindness. A campaign was launched targeting the magazine, our team and our advertisers. Couples who have featured in our magazine have also been the subject of online abuse despite their individual beliefs. We’re really saddened by this. The result has been that a number of advertisers withdrew their sponsorship out of fear of being judged, or in protest. We have had to recognise the reality that White Magazine is no longer economically viable.

.@LyleShelton on the closure of White magazine: The change to the Marriage Act means that anyone who doesn’t ‘bow’ to the rainbow view of the world will be targeted by activists.

This is extremely funny. pic.twitter.com/BxD44pBgSc

.@rowandean on the closure of White magazine: The gay community was exploited by the hard left during the plebiscite. Activists always wanted to attack religious freedom in general, and the Christian community in particular.

Previous Cupp: Trump’s Next Two Years Will Be A Rectal Exam
Next REPORT: Condoleezza Rice Up For NFL Head Coach Job