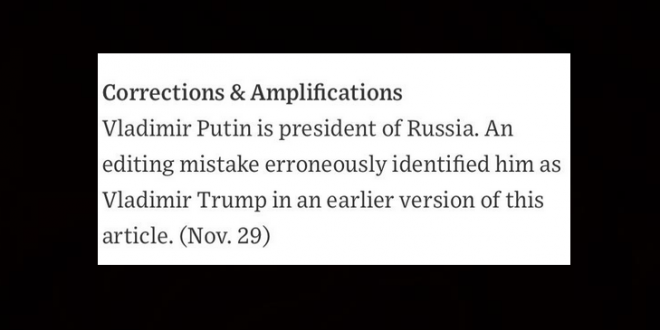 The Wall Street Journal issued a correction on Thursday after it accidentally referred to the Russian president as “Vladimir Trump.”

“Vladimir Putin is president of Russia. An editing mistake misidentified Mr. Putin in an earlier version of this article. (Nov. 29),” the publication noted at the bottom of an article reporting President Trump’s cancellation of a planned meeting with Putin at the Group of 20 summit this week.