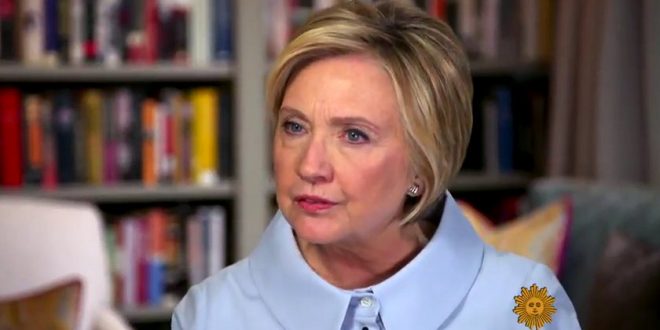 President Trump told the White House counsel in the spring that he wanted to order the Justice Department to prosecute two of his political adversaries: his 2016 challenger, Hillary Clinton, and the former F.B.I. director James B. Comey, according to two people familiar with the conversation.

The lawyer, Donald F. McGahn II, rebuffed the president, saying that he had no authority to order a prosecution. Mr. McGahn said that while he could request an investigation, that too could prompt accusations of abuse of power. To underscore his point, Mr. McGahn had White House lawyers write a memo for Mr. Trump warning that if he asked law enforcement to investigate his rivals, he could face a range of consequences, including possible impeachment.

The encounter was one of the most blatant examples yet of how Mr. Trump views the typically independent Justice Department as a tool to be wielded against his political enemies. It took on additional significance in recent weeks when Mr. McGahn left the White House and Mr. Trump appointed a relatively inexperienced political loyalist, Matthew G. Whitaker, as the acting attorney general.

Trump tries to order the Justice Department to prosecute his political enemies — an important NYT scoop about how the president is trying to change the rule of law in America https://t.co/2uriK3ZkH5

The country is in great danger as long as this wannabe dictator is in the White House https://t.co/XtQOIsXOMv

Trump told the White House counsel last spring that he wanted to order the Justice Department to prosecute Hillary Clinton and Jim Comey. He was warned that he could face impeachment if he did. ⁦@nytmike⁩ ⁦@maggieNYT⁩ https://t.co/0PyLnDCEEu

The news that Trump pushed to prosecute Comey gives you a clue why he is refusing to answer any questions on obstruction. He has more criminal exposure there than we even know, and we know a lot.

WATCH: NY Times reports Trump told the WH counsel that he wanted the DOJ to prosecute Hillary Clinton and James Comey@nedprice: “This administration has time and again chipped away at that previously inviolable wall between the worlds of policy and law enforcement." #MTPDaily pic.twitter.com/Ap36K9vgtv