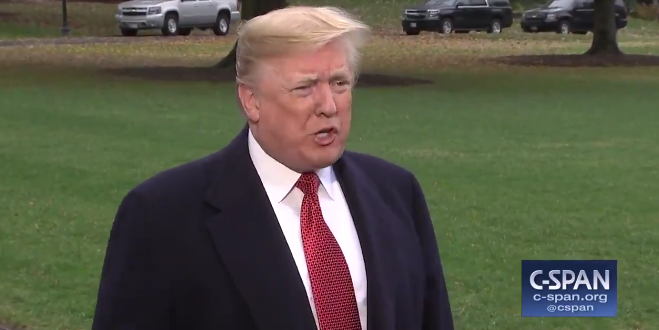 President Trump on Friday suggested he could pull press credentials from other reporters who don’t show him “respect.” Asked how long Acosta’s credentials will be suspended, the president replied: “As far as I’m concerned, I haven’t made that decision. But it could be others also. I think Jim Acosta is a very unprofessional man.” Trump also went after April Ryan of American Urban Radio Networks as a “loser” who “doesn’t know what the hell she is doing.”

TRUMP attacks OBAMA: “I’ll never forgive him for what he did to our United States military by not funding it properly. It was depleted. Everything was old and tired and I came in and I had to fix it and I’m in the process of spending tremendous amounts of money.” pic.twitter.com/6wPfEE1H6b

FYI: Law does not require Special Counsel to be confirmed by Senate.

Trump, threatening to further retaliate against the free press if he doesn’t like their coverage, now saying “there could be others” whose credentials he pulls if they’re “not respectful”

Responding to Michelle Obama memoir, in which she writes that she’ll “never forgive” Donald Trump for his birther comments, Pres. Trump says he’ll never forgive Barack Obama “for what he did to our United States military by not funding it properly.” https://t.co/8i6dGyt3u8 pic.twitter.com/fbT78x6l4y

Trump: “The same thing with April Ryan…You talk about somebody that’s a loser. She doesn’t know what the hell she’s doing…She’s very nasty, and she shouldn’t be.”

– The president of the United States attacking a black reporter for doing her job pic.twitter.com/9UMw8jnih9

Trump asserts that the doctored video Sarah Sanders shared of Acosta was not actually doctored, it was just “a close-up view.” pic.twitter.com/prrqgd8UI1

Trump suggests there must be a Democratic conspiracy at play in Florida and Arizona because the ballots that have been tallied in recent days have been mostly for Democrats pic.twitter.com/GolaorhXig

Previous Fox Guest: Stacey Abrams Should Just Be Honored That She Even Had The Opportunity To Run For Office
Next Mother Of Thousand Oaks Shooting Victim: Don’t Send Me Any More Prayers, I Want Gun Control [VIDEO]