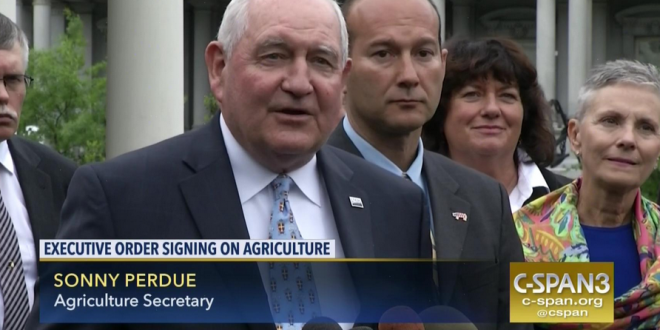 The international youth organization, with more than 6 million members, introduced the new guidance to ensure LGBT members felt protected by their local 4-H program. The document and their attempts to broaden membership in the LGBT community was a smaller part of a larger, multi-year effort to modernize the federally authorized group. Several states posted the national guidance on their websites, including Iowa, where it prompted fierce opposition from conservatives and some evangelical groups.

Within days of the LGBT guidance’s publication, Heidi Green, then-chief of staff for U.S. Secretary of Agriculture Sonny Perdue, requested that it be rescinded, Sonny Ramaswamy, then-director of the National Institute of Food and Agriculture, the federal department that administers 4-H, told the Register.

Previous Pentagon: All Border Troops Will Be Home By Xmas
Next BREAKING: Mass Shooting Near Chicago Hospital