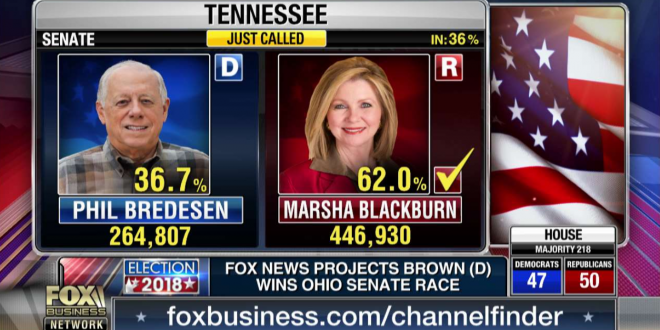 The heated race, which some voters described as “vicious,” pitted two household names in the state against each other after Republican Sen. Bob Corker announced his retirement. It was one of the rare Senate races where Democrats had hoped for a pickup as the GOP threatened to expand its majority in the chamber.

CNN projects that Republican Marsha Blackburn has defeated Democratic challenger Phil Bredesen in the Tennessee Senate race. Blackburn holds an A-rating from the NRA; Bredesen has a D. https://t.co/JIqt24bLC2 pic.twitter.com/S3f0Ebraot