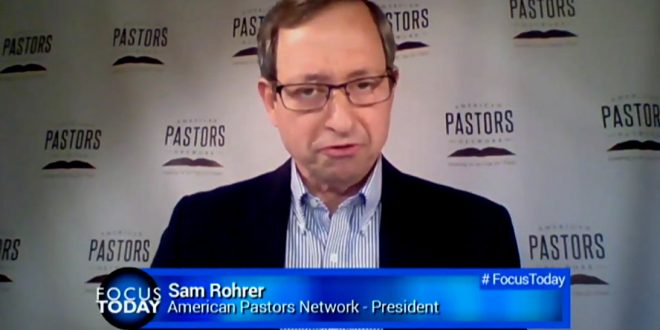 “God created nations. He created borders. Acts 17 actually talks about God establishing the nations before the beginning of the world; he defined even their borders, the geography. So when we fight against God’s plan, we fight against God himself.  It’s a strategy against the grand plan of God who established the nations. This is a matter of law, it’s a matter of God’s design, so when we oppose it, when we say, ‘No borders, anybody come,’ it’s not biblical and it’s not lawful so therefore how does one come about saying it’s right?” – Pastor Sam Rohrer, who ran unsuccessfully for Pennsylvania governor in 2010 and for the US Senate in 2012, both times with the endorsement of Michele Bachmann. It must have been against God’s law.

Previous Michael Cohen Recalls Racist Comments By Trump: He Once Said Black People Are “Too Stupid To Vote For Me”
Next Trump “Hopes” US Troops Don’t Shoot At Migrants