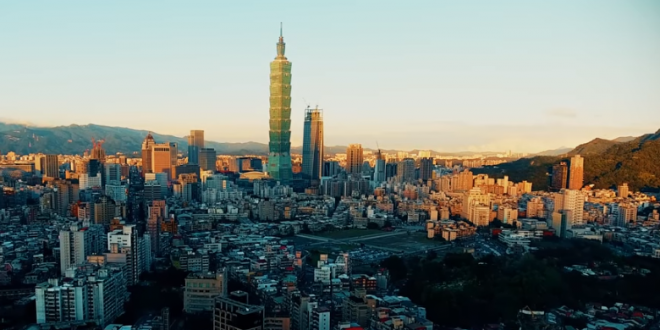 Results from the three same-sex marriage referendums held on Nov. 24 suggest that the Civil Code will remain unchanged, and legalization of same-sex unions is likely to take place through the passing of new legislation. The people of Taiwan voted to maintain the concept of marriage as defined in the Civil Code to be between a man and a woman.

In May 2017, Taiwan’s high court ruled that it was unconstitutional for same-sex couples to be barred from marriage, and gave the government two years to legalize it. Due to disagreements within Taiwan’s parliament, legislation to legalize same-sex marriage stalled.

“Tonight, we send our support to advocates and families in Taiwan who are hurting after a disappointing election result. Over the last year, anti-LGBT organizations—bankrolled and instigated by US-based groups like the National Organization for Marriage—spent millions on scare tactics and deceit, in an effort to spread lies about gay and lesbian people and harm families.

“While the results of the referenda are not what we hoped for, it is clear that the movement for marriage in Taiwan will not be deterred. Nothing about tonight’s votes undermines the landmark court ruling affirming that the freedom to marry is a right guaranteed by Taiwan’s Constitution. And nothing changes the clear mandate from the Court: That by May 2019, lawmakers must update the civil code to allow same-sex couples to marry.

“A healthy democracy requires more than merely subjecting the rights of a minority to the whim of a public vote. Democratic institutions, including the Constitutional Court, are the cornerstone of Taiwan’s democratic society—and we stand with local advocates as they renew their call for elected leaders to uphold the important safeguard function that courts play, and respect the constitutional rights of all Taiwanese people, including the freedom to marry.

“In the 25 countries around the world where same-sex couples have the freedom to marry, people have seen that families are helped and no one is hurt—and the divisiveness and fear generated by opponents in Taiwan, leading to the disappointing votes today, will quickly fade. People will embrace respect for same-sex couples, affirm their love and commitment, and move again to support the freedom to marry. 1.1 billion people around the world now live in a freedom to marry country; the people of Taiwan deserve no less.

“Because every day of denial is a day of real injury, indignity, and injustice, it is time to fulfill the command of the Constitution and end exclusion from marriage without further delay.” 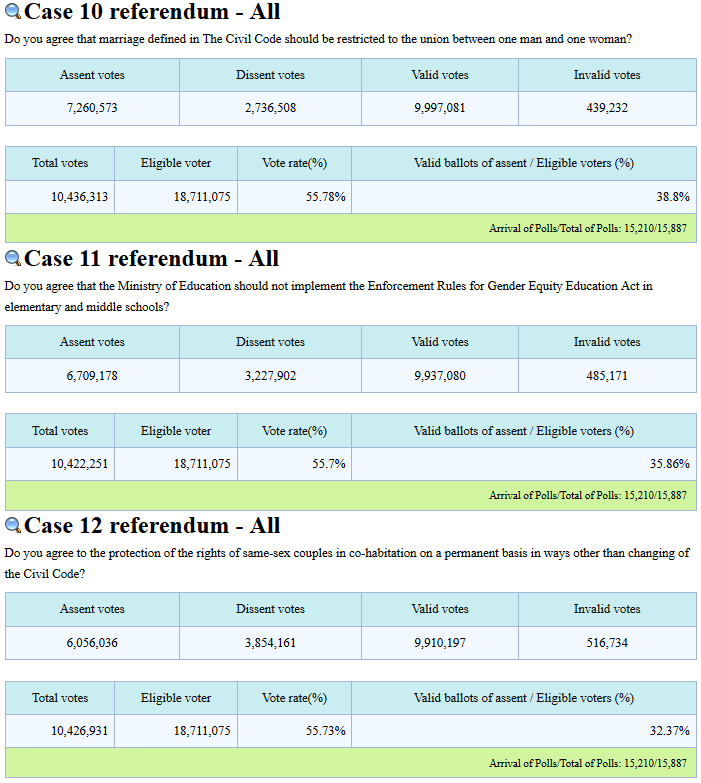 Nothing about today’s disappointing result in #Taiwan undermines the country’s highest court, which has affirmed marriage as a constitutional guarantee for #gay couples. Now more than ever, lawmakers must enact the freedom to marry. pic.twitter.com/VPKus17t5k