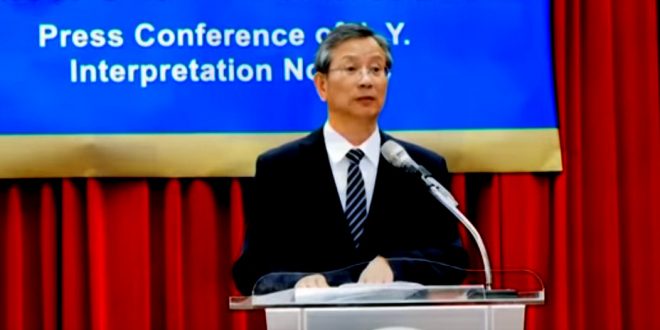 Secretary-General Lu Tai-lang clarified what has already been stressed by many keen legal observers: interpretations made by the Constitutional Court hold the highest rule of law and cannot be defeated by referendums.

The anti-equality camp that backed three referendums last Saturday (Nov. 24), fronted by Happiness of the Next Generation Alliance, have led some supporters to believe same-sex marriage can no longer happen in Taiwan. Even international media has incorrectly reported that the government may be compelled to reject the 2017 ruling.

Per to the Constitutional Court’s ruling, if Taiwan’s Parliament fails to change the law by May 24th, 2019, same-sex marriage will then automatically become legal.

Previous Jerome Corsi: I “Absolutely” Intended To Get Hillary’s Stolen Emails To Help Trump, But So What? [VIDEO]
Next Trump Adds Mystery $10M To Cost Of Mueller Probe