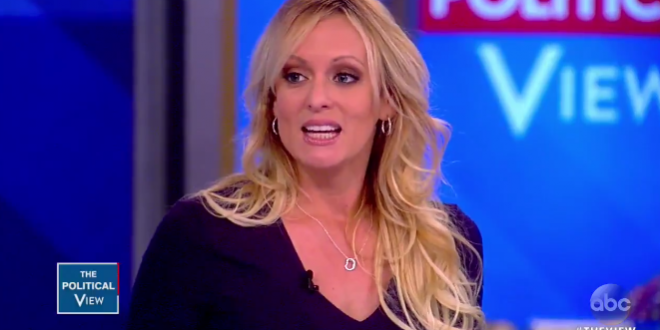 Michael Avenatti sued Donald Trump for defaming Stormy Daniels against her wishes, Daniels told The Daily Beast in a statement on Wednesday. Avenatti also started a new fundraising site to raise money for her legal defense fund without telling her, Daniels said. She said she is not sure whether or not she will keep Avenatti on as her lawyer.

“For months I’ve asked Michael Avenatti to give me accounting information about the fund my supporters so generously donated to for my safety and legal defense. He has repeatedly ignored those requests. Instead of answering me, without my permission or even my knowledge Michael launched another crowdfunding campaign to raise money on my behalf. I learned about it on Twitter.”

Hit the link for more from Stormy’s statement as well as a response from Avenatti.