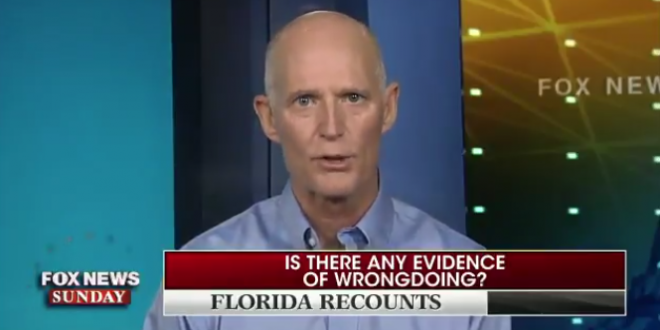 “That’s all this is,” Scott said on “Fox News Sunday.” “His lawyer said that a noncitizen should vote. That’s one,” Scott explained.

“Number two, he’s gone to trial and said that fraudulent ballots should be counted,” he added. “Ballots have already been thrown out because they were not done properly. He said those should be counted.”

Previous Macron: Nationalism Is A Betrayal Of Patriotism
Next Graham: Macron Is Trying To Pick A Fight With Trump