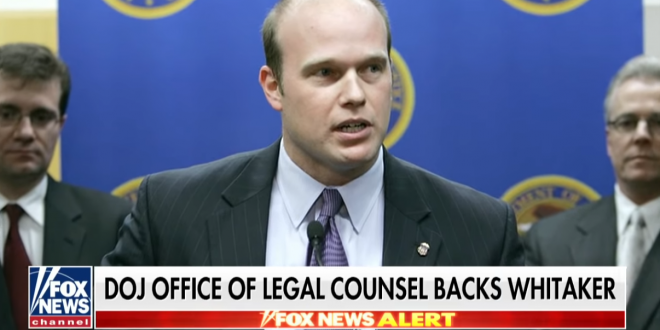 “The average male genitalia is between 5″ and 6″,” the firm’s press release said. “However, this invention is designed for those of us who measure longer than that.” In the same release, World Patent Marketing also touted the recent appointment of “Matthew G. Whitaker, former Iowa US Attorney and Republican candidate for United States Senate to the company’s advisory board.”