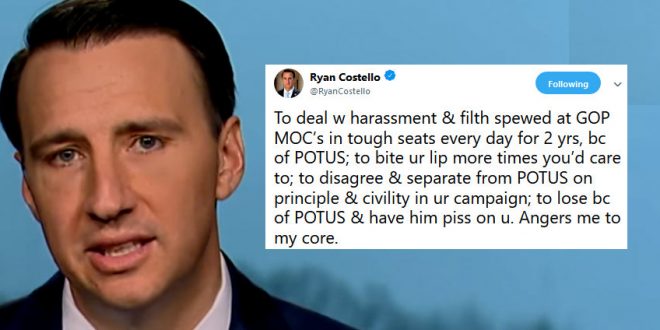 After the Democrats took control of the U.S. House but Republicans strengthened their control on the U.S. Senate Tuesday, President Donald Trump blamed losing Republicans for not supporting him strongly enough.

During a press conference in the White House, Trump listed a slew of incumbent Republicans who lost their seats to Democratic challengers — many of them in suburban areas — including U.S. Reps. Carlos Curbelo (Florida), Mike Coffman (Colorado) and Peter Roskam (Illinois).

He also signaled out U.S. Rep. Mia Love, from Utah, in his remarks in the White House. “Mia Love gave me no love, but then she lost,” he said. “Too bad.”

To deal w harassment & filth spewed at GOP MOC’s in tough seats every day for 2 yrs, bc of POTUS; to bite ur lip more times you’d care to; to disagree & separate from POTUS on principle & civility in ur campaign; to lose bc of POTUS & have him piss on u. Angers me to my core.

What exactly did you do to hold him to account?

He had some deep concerns