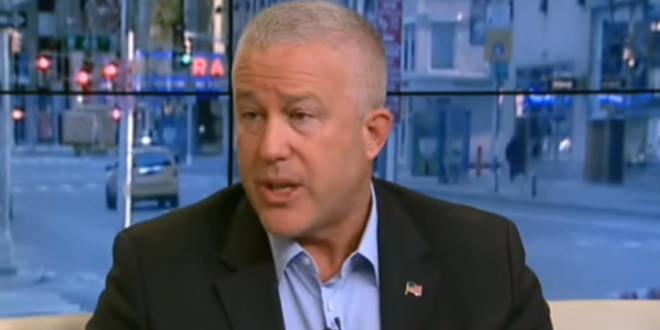 In some ways, they are a typical political power couple seeking to “Make America Great Again.” They are throwing a $5 million fund-raiser for President Trump this winter, and are quick to make it known that they have the president’s sons’ cellphone numbers on speed dial.

They have poured more than $50,000 of their own money into supporting the president, who smiles in photos on the bookshelves of their home.

But Bill White and his husband, Bryan Eure, are not red state evangelicals or die-hard right-wingers. In fact, for years, they were key players among a cohort that Mr. Trump loathes: Manhattan’s liberal elite. Mr. White and Mr. Eure used to back strident, anti-Trump Democrats, but now dine with Fox News anchors and plan rounds of golf at Mar-a-Lago.

As you’ll see at the link the couple defends Trump’s compulsive lying as mere “embellishments” and “exaggerations.”

Bill White and Bryan Eure supported Barack Obama and Hillary Clinton. Now they are fund-raising for President Trump and have his sons’ numbers on speed dial. https://t.co/TRLyuUBJVz

six paragraphs from the bottom we finally get to something that should have been in the headline: this dude paid a million dollars in restitution for taking bribes from hedge funds who wanted in on the state pension fund when he worked for jailbird NYC comptroller Alan Hevesi pic.twitter.com/d2snGO5YgM

RELATED: In 2008, retired members of the Joint Chiefs of Staff pitched White to be Obama’s Secretary of the Navy. Longtime JMG readers will recall that in 2010 White abruptly resigned after 20 years as the openly gay head of NYC’s Intrepid Air Sea and Space Museum.

White, who ran the popular tourist attraction — the decommissioned aircraft carrier USS Intrepid, docked on the West Side — had been under investigation in Attorney General Andrew Cuomo’s state pension-fund probe. White’s name emerged in connection with the investigation in late 2007, when it was revealed he had been subpoenaed.

The probers were trying to determine if he solicited campaign contributions for disgraced ex-state Comptroller Alan Hevesi from Guggenheim Advisors, a branch of the Bank of Ireland, in exchange for the right to manage $447 million in state pension funds.

Previous Jerome Corsi: Mueller Has Offered Me One Count Of Perjury For Lying About Wikileaks And Julian Assange
Next General Motors To Lay Off 15,000, Shutter Five Plants