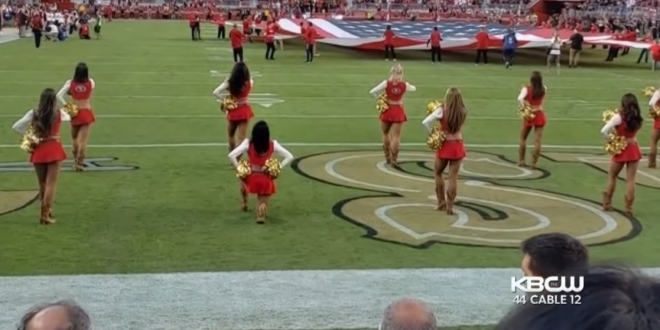 A 49ers cheerleader knelt during the national anthem before Thursday night’s game against the Raiders at Levi’s Stadium. It is believed to be the first time an NFL cheerleader has taken a knee during the anthem.

The woman was not immediately identified, and when reached by The Chronicle, the team had no comment. The kneeling protests were begun in 2016 by former 49ers quarterback Colin Kaepernick (and joined by, among others, teammate Eric Reid), who wanted to draw attention to the issues of racial inequality and police brutality in the country.

The issue reached the White House, with President Trump at one point calling for kneeling players to be fired by their teams.