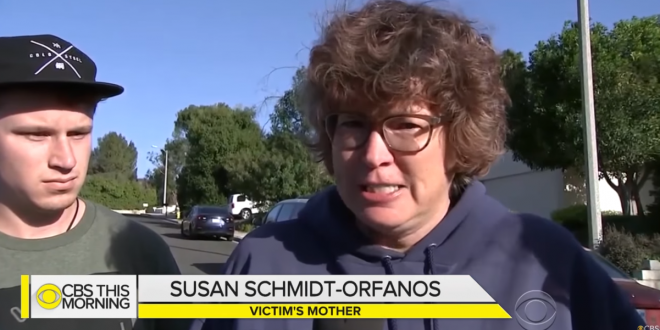 The mother of one of the victims killed in the shooting that erupted at a Thousand Oaks bar said she was done receiving thoughts and prayers and pushed for better gun control. Susan Orfanos also said her son, Telemachus Orfanos, survived the Las Vegas mass shooting last year.