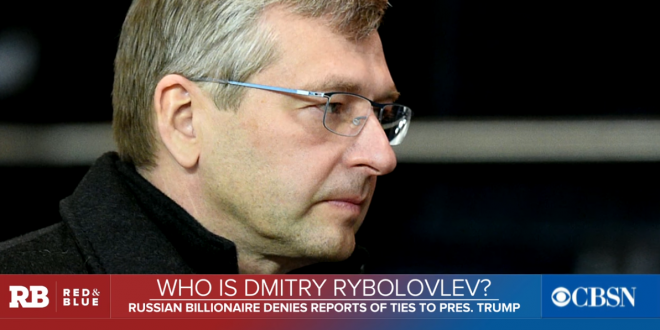 MONACO: Russian Billionaire Targeted By Mueller For Links To Trump Gets Arrested On Corruption Charges

A Russian billionaire who purchased a mansion from President Trump in 2008 in a business deal that is now being investigated by special counsel Robert Mueller was arrested Tuesday in Monaco on corruption charges. Dmitri Rybolovlev, president of AS Monaco, was taken into custody by Monacan authorities on Tuesday and is under investigation for charges of corruption and “trafficking in active and passive influence,” according to French news service Le Monde.

Rybolovlev was the purchaser of a Florida mansion from Trump in 2008 for $95 million, a sharp increase from the $41 million Trump had paid for the property just four years earlier. His purchase of the mansion is one of several Trump business transactions that Bloomberg News reported last year were under investigation by Mueller, who is probing allegations of collusion between the Trump campaign and the Russian government during the 2016 election.

BREAKING: This could be far bigger than we think

Bloomberg has reported Mueller is probing the below Trump-Russia deal, the implication being it might’ve been money laundering

Trump is believed to have met Rybolovlev/an agent of his twice in the 10 days before the 2016 election https://t.co/9fM27cxjSu

<Thread> Billionaire oligarch Dmitri Rybolovlev, is behind bars today in Monaco. The owner of of the soccer club, AS Monaco, was taken into custody on corruption charges and his mansion searched. 1/6 via @OliverBulloughhttps://t.co/MgAer0sflL

Rybolovlev is a central figure in what has become known as Monacogate. He used lawyer Tetiana Bersheda to influence the course of Justice in Monaco. It revolved around accusations Rybolovlev laundered $2 Billion through art. 2/6 https://t.co/E8BEp61R3u pic.twitter.com/lTCfSOfZrW

Rybolovlev is the oligarch who sold Leonardo Da Vinci Salvador Mundi for $450 million to a Saudi Prince who bought it on behalf of Saudi Crown Prince Mohamed bin Salman. 3/6 https://t.co/iPf9xhmzAA

He is also the Russian oligarch who bought Donald Trump’s Florida Mansion for $95 million and a New York Condo for $88 million. Trump bought the Florida mansion for $40 million. 4/6 https://t.co/pWJ3cNjy1h

And Robert Mueller has his sights on Rybolovlev as he investigates @realdonaldtrump‘s business transactions. /End https://t.co/knbGgxRT2Y