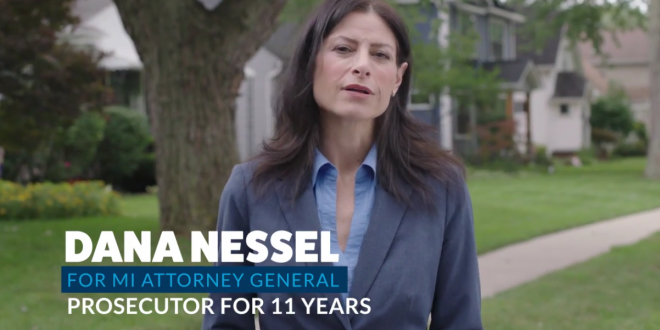 Nessel, 49, has been a Detroit-area prosecutor and defense attorney but made headlines as co-counsel in the historic lawsuit that led to same-sex marriage in Michigan.

She said the case influenced her to run for office. She said Republican Attorney General Bill Schuette “made a mockery of state government” by bringing social scientists to court to knock the parenting skills of same-sex couples.

Nessel first appeared on JMG for her 2017 #MeToo ad which asked, “Who can you trust NOT to show you their penis?” Watch below.

RELATED: Last night Bill Schuette lost his bid for governor to Democrat Gretchen Whitmer. It was Schuette’s appeal of Nessel’s win that led to Michigan being one of the four states consolidated into Obergefell v Hodges. Earlier this year he ruled that LGBT citizens are not covered by Michigan’s anti-bias laws.