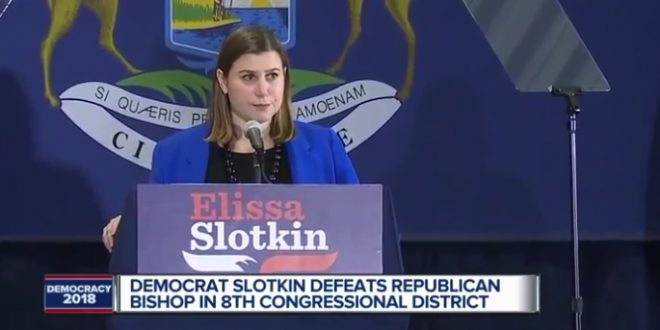 Bishop, who is from Rochester, served in both the State House and State Senate before being elected to the U.S. House in 2014. She will be the first Democrat to represent the 8th district since Debbie Stabenow served from 1997-2001.

Bishop was elected to the US House in 2014 and opposed all LGBT rights measures during his eight years as majority leader in the Michigan Senate.

Slotkin says she was motivated to run against him when she saw him chortling with Paul Ryan after the House voted to repeal Obamacare.