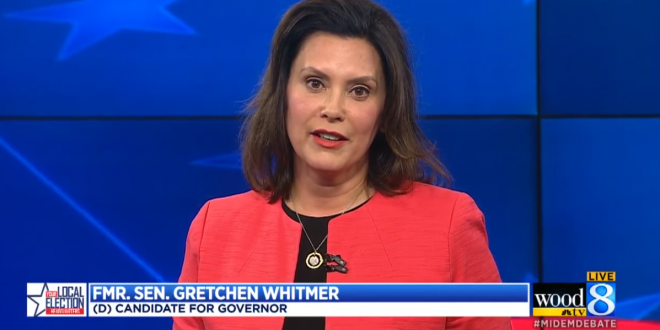 Fox News has projected Gretchen Whitmer as the next governor of Michigan with 7% of the vote being reported at 9:15 p.m.

Whitmer defeated anti-LGBT Michigan Attorney General Bill Schuette, who was largely responsible for Michigan being one of the four states consolidated into Obergefell v Hodges. Earlier this year Schuette ruled that LGBT citizens are not covered by Michigan’s anti-bias laws.

“Gretchen Whitmer is the clear choice for Michiganders and the champion we need to move equality forward in the Great Lakes State.” Honored to stand with you, @HRC. pic.twitter.com/YwN2B9cBm0