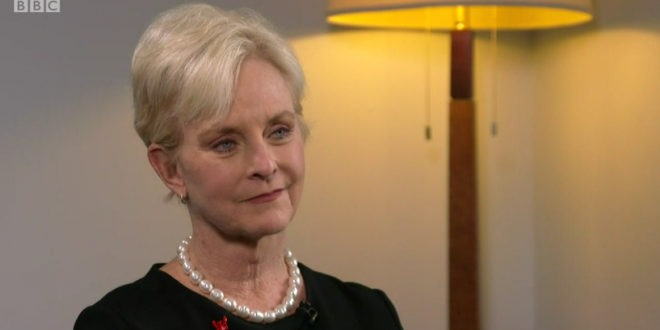 Cindy McCain, the widow of Sen. John McCain (R-AZ), said in an interview published Wednesday that she might never get over President Donald Trump saying that her late husband was only a war hero because he was captured and imprisoned during the Vietnam War.

“I don’t know if I’ll ever get over it, I’ll be honest,” McCain told the BBC’s Yalda Hakim. “But I’m the wife, that’s my prerogative. I don’t have to.” In 2015, as a presidential candidate, Trump said of McCain: “He’s a war hero because he was captured. I like people who weren’t captured.”