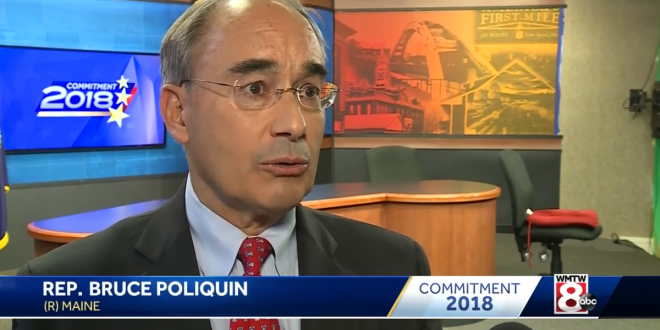 Maine Rep. Bruce Poliquin has sued state Attorney General Matthew Dunlap seeking an injunction to stop the tabulation of ballots under the state’s ranked-choice voting system, which is being used in his race against Democrat Jared Golden in the 2nd District.

Since no candidate received more than 50 percent of the vote, the state’s ranked-choice voting system kicked in last week. This year is the first time it’s being used at the federal level in Maine, and the 2nd District will likely be the first House race in the country to be decided under this process.

The 25-page complaint that Poliquin, a two-term Republican from Maine’s 2nd Congressional District, filed in U.S. District Court claims that the state’s ranked-choice voting system — enshrined by voters in 2016 — violates the U.S. Constitution and the Voting Rights Act of 1965.

The race between Poliquin and Golden, a Democrat, went to a ranked-choice ballot count that began on Friday in Augusta after nobody won a majority of votes in the first round. The incumbent won 46.3 percent of votes to Golden’s 45.6 percent, according to unofficial results.

Poliquin is leading Democratic challenger Jared Golden by roughly 2,000 votes, according to unofficial election results. The two-term Republican congressman and Golden – a Marine Corps veteran and state lawmaker – each have roughly 46 percent of the vote.

But because neither received more than 50 percent, votes cast for independents Tiffany Bond and William Hoar – who received 8 percent combined – will be reallocated based on who those voters ranked second on their ballots.