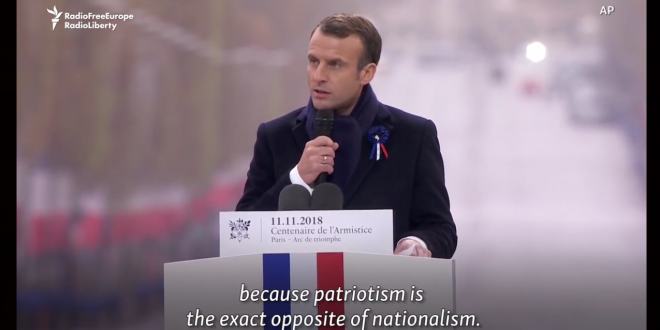 Macron: Nationalism Is A Betrayal Of Patriotism

French President Emmanuel Macron delivered a rebuke of President Donald Trump’s “America first” approach to international affairs at a ceremony on Sunday commemorating the 100th anniversary of the end of World War I.

“Nationalism is a betrayal of patriotism,” Macron said. “By saying, ‘Our interests first, who cares about the others,’ we erase what a nation holds dearest, what gives it life, what gives it grace and what is essential: its moral values.”

Macron’s remarks, which he delivered just steps from Trump and more than 80 other world leaders, come on the heels of the U.S. president proudly declaring himself a “nationalist.”