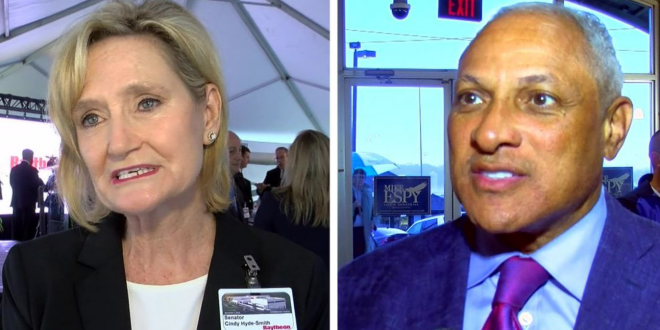 Republican incumbent Sen. Cindy Hyde-Smith and Democrat Mike Espy are participating in the only debate before the special election on Nov. 27 on Tuesday evening in the contentious race to be elected the next U.S. senator from Mississippi.

Hyde-Smith, who was appointed by Gov. Phil Bryant to fill the remainder of Sen. Thad Cochran’s term after he retired this year, has been embroiled in controversy after refusing to back down from racially-tinged gaffes.

National Republicans were hoping that Hyde-Smith, the first woman to represent Mississippi in Congress, would be a lock for re-election in the deeply conservative state. However, comments that Hyde-Smith has made about attending a “public hanging” and making it “a little more difficult” for political opponents to vote have invited scrutiny.