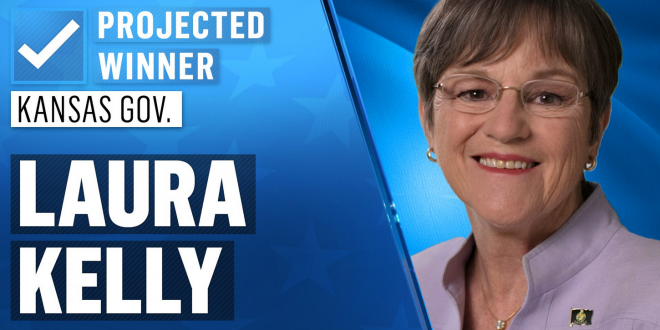 Democratic state Sen. Laura Kelly will win the gubernatorial election against Kansas Secretary of State Kris Kobach, NBC News projects, just in time to have a hand in the upcoming redistricting battle that could shape control of the state for the next decade.

The race was in a dead heat days before the election, with Kobach either up by 1 point or in a tie with Kelly.

Independent candidate Greg Orman, a Kansas City businessman, trailed far behind both candidates but was seen as a threat to Kelly’s bid in a state that voted for President Donald Trump in 2016 by 20 points.