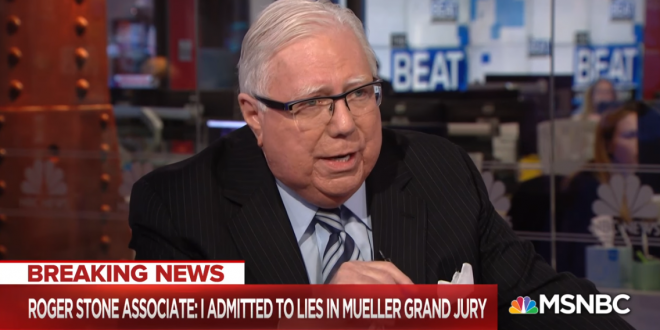 Jerome Corsi: I “Absolutely” Intended To Get Hillary’s Stolen Emails To Help Trump, But So What? [VIDEO]

Conservative author and conspiracy theorist Jerome Corsi agreed in a new interview that he “absolutely” intended to help President Trump’s campaign by trying to get stolen Hillary Clinton emails from Wikileaks.

“Everybody in the world who was in news or political operations after July 22nd 2016 when Assange dumped all these emails on Debbie Wasserman-Schultz and said he had more, everyone wanted to know what they were,” Corsi explained.

“You wanted them out though to help the Trump campaign,” Melber interjected. Corsi responded “absolutely” and said that he didn’t see anything wrong with it.