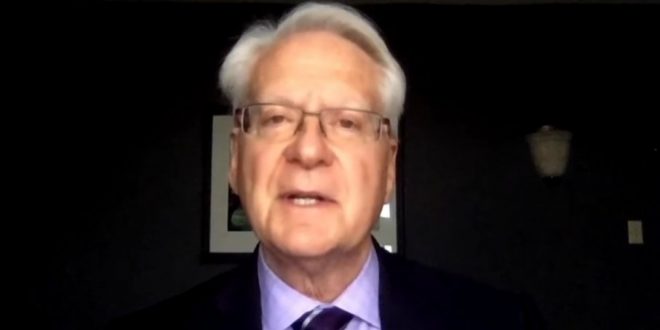 Right-wing conspiracy theorist and author Jerome Corsi has hired a new attorney in an attempt to fight back against special counsel Robert Mueller. Corsi announced on Twitter Wednesday afternoon that he would be hiring attorney Larry Klayman. Let’s just say this news about Klayman, who happens to be the founder of Judicial Watch, wasn’t received very well in the legal world, and for a variety of reasons.

Regular JMG readers will recall that I’ve reported on Larry Klayman’s insanity regularly for the last decade, perhaps most memorably when he called for a military coup against Barack Obama and stood outside the White House with a megaphone, shouting, “Put down the Koran and come out with your hands up.”

I have retained attorney Larry Klayman to assist David Gray in my defense. In a memo to my attorneys, I have instructed Klayman and Gray to file with Acting AG Whitaker a criminal complaint against Mueller’s Special Counsel and the DOJ for prosecutorial misconduct in my case.

Some doctors you go to because they’ll hand you good drugs or surgically attach a My Little Pony to your pelvis or something, and other doctors won’t.

Larry Klayman is the lawyer equivalent. You go to him because he’ll indulge your “hold my beer” defense strategy.

for many, it’s not a voluntary representation pic.twitter.com/D7txS7kRJP

Larry Klayman once sued his mom because she wouldn’t “pay him back $50,000 he spent on private nurses for her mother, his grandmother.” https://t.co/RnVvKKiZpm pic.twitter.com/ZiBD4hxfPb

Jerome Corsi says he’s being represented by Larry Klayman, who in 2013 called for a coup against Obama in order to ““cleanse the nation of the half-Muslim, anti-white, socialist fraud in the White House before the nation goes under for the final count.” https://t.co/3t5HYVmrbb

This is a photo that Jerome Corsi’s lawyer, Larry Klayman, has on his website pic.twitter.com/vesswigTyL

If you retained Larry Klayman then you must have a structured settlement and need cash now.

Larry Klayman in a letter to the Florida Bar.

Our archives on Klayman are… extensive.https://t.co/1YqGvh1aT8

“Larry Klayman is a pathologically litigious attorney and professional gadfly notorious for suing everyone from Iran’s Supreme Leader to his own mother.” https://t.co/XPGNupBNRt