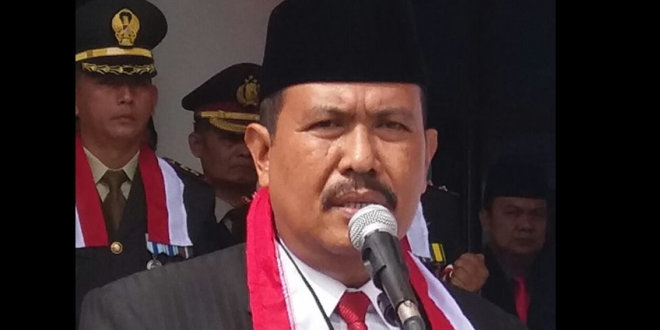 An Indonesian city has approved a bylaw to fine gay or transgender people up to 1 million rupiah ($70) for behaviour that could “disturb public order” or be considered immoral, the city’s deputy mayor said on Friday.

The regulation is the latest example of a rise in government and public hostility toward the LGBT community in the world’s largest Muslim-majority country. Homosexuality is not regulated by law in Indonesia, except in the conservative province of Aceh, but the country has seen a growing number of bylaws targeting LGBT people.

The council in the city of Pariaman in West Sumatra passed a regulation on Tuesday banning “acts that are considered LGBT,” deputy mayor Mardison Mahyudin [photo] said by telephone.

RELATED: Last year Jakarta police arrested 141 men in a raid on a gay sauna as part of an ongoing attack against LGBT citizens. Months later, however, Indonesia’s high court narrowly rejected a petition to criminalize homosexuality outright. Indonesia’s Aceh province instituted sharia law in 2015. Two gay Aceh men were publicly caned last year and separate Aceh couple was flogged in July 2018, both times as a jeering crowd recorded the abuse with their phones. In 2016, “effeminate men” were banned from television. Indonesia is the world’s fourth-most populous nation.