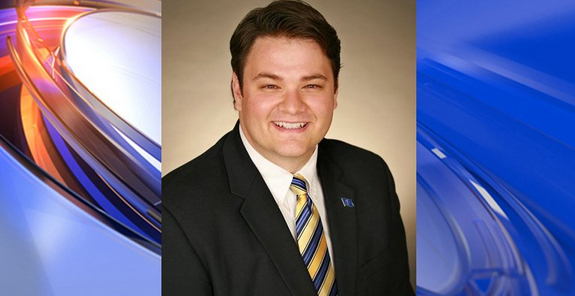 Democrat J.D. Ford pulled off a big upset Tuesday, unseating state Sen. Mike Delph, a Republican who has served the district since 2005. Ford is thought to be Indiana’s first openly gay state lawmaker. “Ladies and gentleman, we just made history and no one can take that from us,” Ford said. It was a rematch for Ford and Delph, one of the Legislature’s most socially conservative Republicans. Four years ago, Delph won with 54.3 percent of the vote to Ford’s 45.7 percent.

Delph is a teabagger renowned in Indiana for his rabid opposition to LGBT rights and for being the spokesman for the local movement against same-sex marriage.

Senate President Pro Tempore David Long has disciplined Sen. Mike Delph — taking away leadership roles and even moving his seat — for violating Senate protocol when he tweeted about the same-sex marriage amendment.

According to Long’s office, Delph used Twitter to report information, garnered from a GOP private caucus, on the fate of Senate action on House Joint Resolution 3.

Delph will be given a new seat in the Senate chamber, along side Democrats — in the minority in the House — and across the aisle from Republican leadership. On Friday, Delph’s seat already was moved to the back row, amid the Senate’s 13 Democrats.