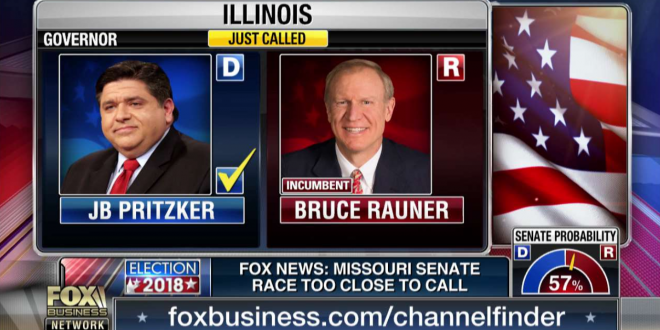 Some polls from the closing days of the race had Rauner trailing by double digits. Despite the bleak outlook, the governor traveled to Chicago suburbs Monday in an attempt to rally voters. Prizker’s gubernatorial win came at a high cost. The heir to the Hyatt Hotel fortune pumped more than $171 million of his own money into the campaign.

Rauner, you may recall, closed his campaign with an obnoxious video ad that depicted Pritzker getting married to the male Democratic speaker of the Illinois House.