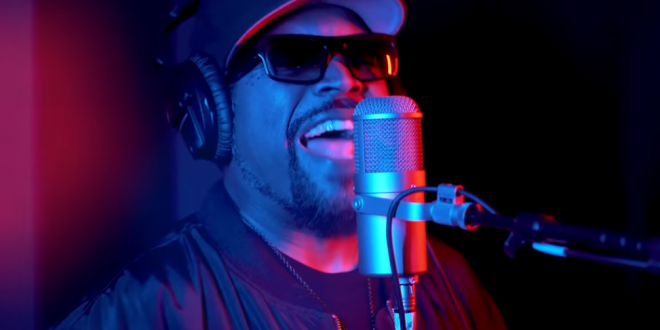 While Ice Cube doesn’t mention Trump by name, he makes his target clear with pointed lyrics like, “Let’s meet at the White House / Run in and turn the lights out / They treat it like a trap house / These motherfuckers never take the trash out.”

Ice Cube adds that Trump is “Russian intelligence” and mocks the president’s unique skin tone with barbs like “Did you know the new white was orange? / Boy, you’re showing your horns.”

I’m not much for most rap, but this is really great. I’d say that this won’t get radio play due to the F-bombs and N-words, but Ariana Grande’s new hit features an F-bomb in every chorus, so what do I know anymore.