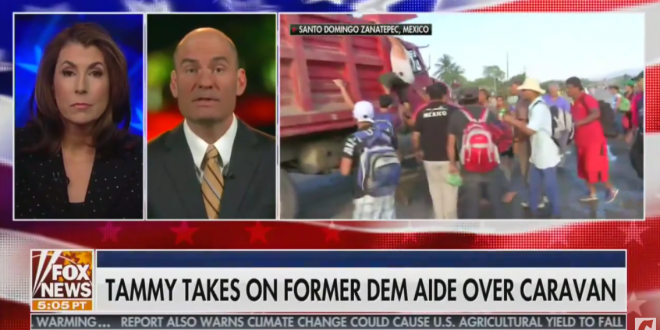 Conservatives might be concerned over immigrants breaching the southern border wall, but Fox News’ Tammy Bruce is worried about them scaling dump trucks. That was evident from Bruce’s Friday night broadcast, during which she pointed to footage of migrants climbing the bed of a truck and said “they’re climbing the wall right there.”