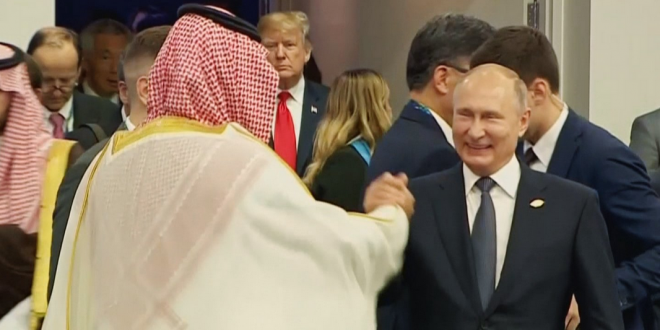 Hackers Greet Each Other Warmly At G20 Summit

Each one a hacker in a different way, of course.

The comment was made in a tweet attached to a video of the Russian and Saudi leaders greeting each other warmly at the G20 summit in Argentina with an enthusiastic high-five that turned into an emphatic handshake.

That feeling when you own the President of the United States and can do whatever you want. pic.twitter.com/K1kamAVsPr