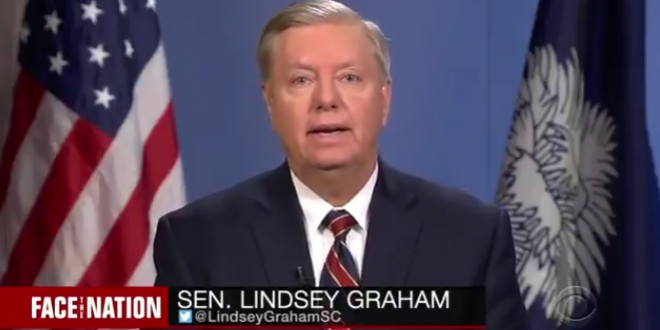 Graham: Macron Is Trying To Pick A Fight With Trump

Sen. Lindsey Graham said Sunday that French President Emmanuel Macron’s perceived swipe at President Donald Trump is because the leader of America’s oldest ally is facing his own internal problems.

“I think he’s got a political problem at home, and I think he’s picking a fight with President Trump to play good politics,” the South Carolina Republican told host Margaret Brennan on CBS’ “Face the Nation.”

Macron just gave a speech saying nationalism is the enemy of true patriotism. Trump sat looking angry, not clapping. He is after all a nationalist by his own admission. And he is no patriot. He chooses his own comfort over fallen soldiers, party over country, enemy over ally.