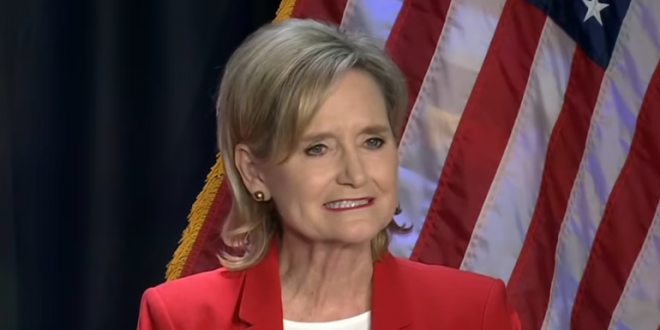 Sen. Cindy Hyde-Smith’s (R-Miss.) campaign on Saturday ripped an article from the Jackson Free Press reporting that she attended and graduated from a Mississippi segregation academy in the 1970s, calling it part of the “gotcha liberal media.”

Hyde-Smith spokeswoman Melissa Scallan called the report “a new low” in a statement to The Hill while claiming the report was intended to help Hyde-Smith’s Democratic opponent Mike Espy, who she is facing off against in Tuesday’s runoff election.

“In their latest attempt to help Mike Espy, the gotcha liberal media has taken leave of their senses. They have stooped to a new low, attacking her entire family and trying to destroy her personally instead of focusing on the clear differences on the issues between Cindy Hyde-Smith and her far-left opponent,” Scallan said in the statement.

We‘ve obtained photos from Cindy Hyde-Smith’s high school yearbook, revealing she attended a segregation academy set up so that white parents wouldn’t have to send their kids to school with black kids. The mascot even carried a Confederate flag. #MSSenhttps://t.co/tFspo5w1Mc

“Segregation academies” were created to help white families avoid sending their kids to school with Black kids. Cindy Hyde-Smith sent her daughter to one. https://t.co/f7Uko1u6jx pic.twitter.com/JxT9fdz4JD