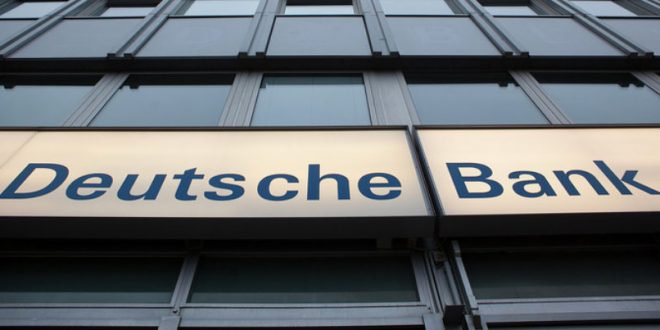 The Frankfurt headquarters of Deutsche Bank have been raided by prosecutors in a money laundering investigation. Germany’s public prosecutor alleged that two staff members have helped clients launder money from criminal activities.

Police cars were seen outside the tower blocks that house the headquarters of Germany’s biggest bank. Other Deutsche offices in the city were searched in an operation involving about 170 police and officials.

Prosecutors are looking into whether Deutsche Bank staff helped clients set up offshore accounts to “transfer money from criminal activities”.

Deutsche Bank, once known for its aggressive efforts to compete with Wall Street institutions, has shrunk after years of losses as a result of problems including a bloated investment bank and trading desk and costly legal settlements tied to the sale of toxic mortgage securities.

Even as its competitors have recovered from the 2008 financial crisis, Deutsche Bank has struggled. This year, the bank’s arm in the United States failed a Federal Reserve stress test, which found that it had “material weaknesses” in its operations.

Previous FBI Probes New Allegations Against Trump’s Coffee Boy
Next Jerome Corsi: I “Absolutely” Intended To Get Hillary’s Stolen Emails To Help Trump, But So What? [VIDEO]