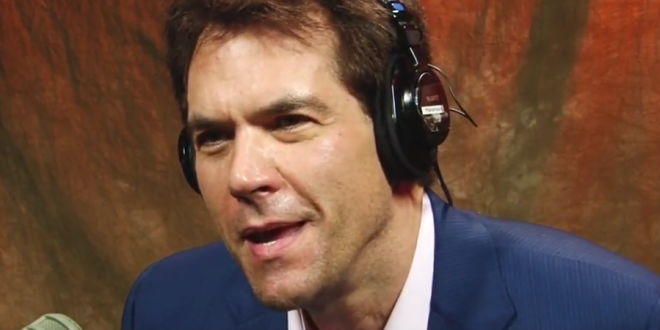 Gateway Pundit: Mueller’s “Accuser” Has Fled, Won’t Be At Press Conference After All As She Fears For Her Life

The woman accusing Mueller of rape was slated to detail her encounter with the special counsel at a press conference Burkman and Wohl are hosting in Arlington, Virginia Thursday at noon.

However, upon arriving in Washington, DC she panicked and boarded a flight to another location. Below is a photo of Wohl and the accuser, who at this time is fearful for her life and requests to remain anonymous.

Reporters and the mainstream media are intent on protecting Mueller and have relentlessly harassed and smeared Wohl since learning that he will bring forth a woman accusing Mueller of sexual assault, the 20 year old journalist explained.

“In fact, she is not politically charged at all – never registered to vote. Never voted, in fact. So, this is not a political operation, this has very little to do with politics. This is about getting the truth out about a person who is wielding a tremendous amount of power and we’ve seen what he’s done with it.”

When Jack Burkman, the Republican lobbyist best known for pushing conspiracy theories about the death last year of Democratic National Committee employee Seth Rich, stages a press conference, he usually only draws out one or two reporters. But on Wednesday, he dangled a story that drew out the major broadcast networks, CNN, the New York Times, and all the Capitol Hill rags when he claimed to be presenting new claims of sexual harassment against a sitting member of Congress.

About half an hour after nearly two dozen reporters set up camp in a conference room at a Holiday Inn in Arlington, Burkman, dressed in a cobalt-blue suit and black turtleneck, walked in and told everyone he was calling it off, saying his client, M. Reese Everson, was unable to make it. “I am so profusely sorry,” Burkman said. “I owe everyone here a big apology. As you know, these issues are tough. And I think Reese is just unfortunately not able to join us this morning. I apologize to you so greatly for wasting your time.”

Jacob Wohl is having a press conference today and the real woman that has credible accusations against Mueller was supposed to be there but she panicked and boarded a flight to another location so this real woman with the real allegations won’t be there pic.twitter.com/GUUZw8z4Z1

really disappointing news im hearing, Jacob’s girlfriend was also planning to be in attendance today but she couldn’t make it because she goes to a different school and it’s far away