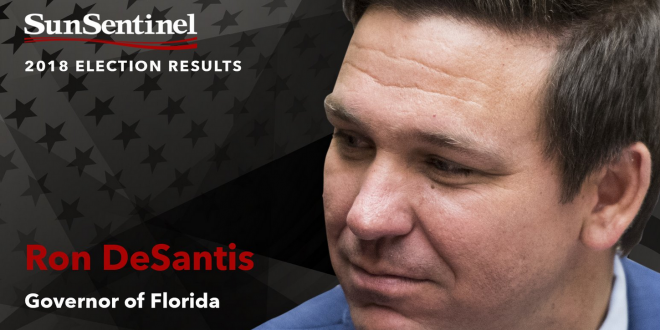 DeSantis clung tightly to President Trump, except when Trump advanced a conspiracy theory about the death toll in Puerto Rico after Hurricane Maria.

DeSantis was also forced to disavow white nationalists who made racist robocalls attacking Gillum. The Democratic candidate won a lot of laudatory press coverage and was even buzzed about as a potential 2020 presidential candidate, but he was also weighed down by a corruption scandal in the city he served.

.@Andrewgillum “Earlier this evening I called Ron DeSantis and congradulated him on what we expect will be him as the next governor of the great state of Florida” pic.twitter.com/uJHmITFDjM

Congratulations to my friend @RonDeSantisFL on an incredible win in Florida. Honored to have been with him from day one. #florida #fl