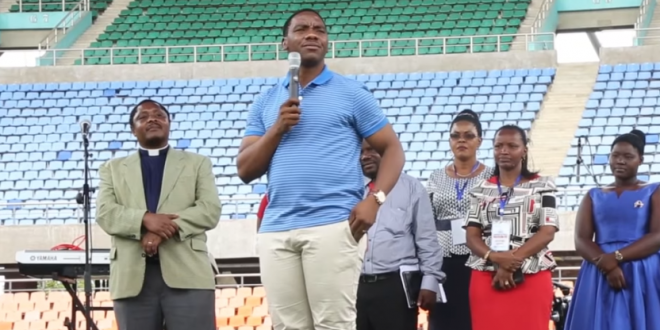 Denmark is withholding 65m krone (£7.5m; $9.8m) in aid to Tanzania after “unacceptable homophobic comments” from a senior politician, a minister says. Development minister Ulla Tornaes did not name the official but said she was “very concerned” by the comments.

Last month, Paul Makonda, commissioner for the commercial capital Dar es Salaam, called on the public to report suspected gay men to the police. He said he would set up a surveillance squad to track down gay people.

The government said at the time that Mr Makonda was expressing his personal opinion, not government policy. Homosexual acts are illegal in Tanzania and punishable by up to 30 years in prison. Correspondents say statements against gay people have increased since President John Magufuli’s election in 2015.

As I’ve previously reported, Dar Es Salaam governor Paul Makonda [photo above], an ardent Christian, has urged the public to turn in the names of LGBT locals, so that “my team will get them.”

Earlier this month it was reported that thousands of LGBT Tanzanians have gone into hiding after Makonda received hundreds of names.

The US State Department has issued a formal warning to LGBT Americans living there and condemned Tanzania’s “escalating attacks” of LGBT people.

The European Union has recalled its ambassador. Ten gay men were reportedly arrested this week for attending a same-sex wedding.