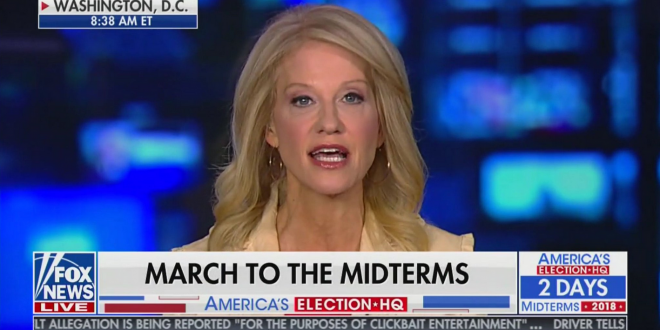 Conway: Hillary Is “The Queen Of Abortion” [VIDEO]

Kellyanne Conway has taken numerous jabs at Hillary Clinton, calling her “graceless,” “dangerous” and less popular than her husband Bill, but on Sunday, she added a new smear to her list: “the queen of abortion.”

“I have noticed, also, that the Democrats aren’t talking much about abortion this time and that’s because they tried that for so long,” she said. “They tried it with the queen of abortion in 2016 and it backfired for then because so many women said, ‘Excuse me, you have to talk to me on all the issues.’”

Yep, this happened: Kellyanne Conway calls Hillary Clinton “The Queen of Abortion,” which, as far as I know, outranks “Commander of Cheese.” pic.twitter.com/POHL2Es1W1