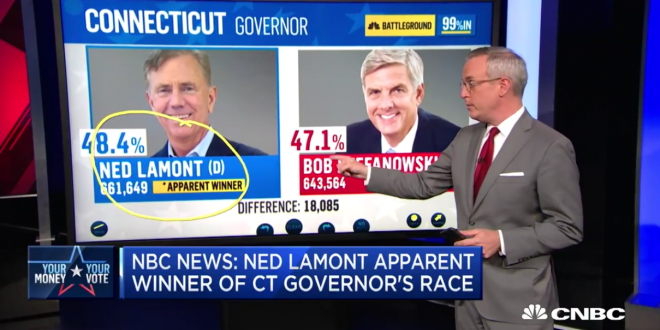 Ned Lamont will be the next governor of Connecticut. Republican Bob Stefanowski conceded the race for governor Wednesday morning after late returns from the state’s cities pushed Lamont to victory.

Unofficial results showed Lamont up nearly 18,000 votes to Stefanowski with 94 percent of the state reporting, according to the Secretary of the State’s office.